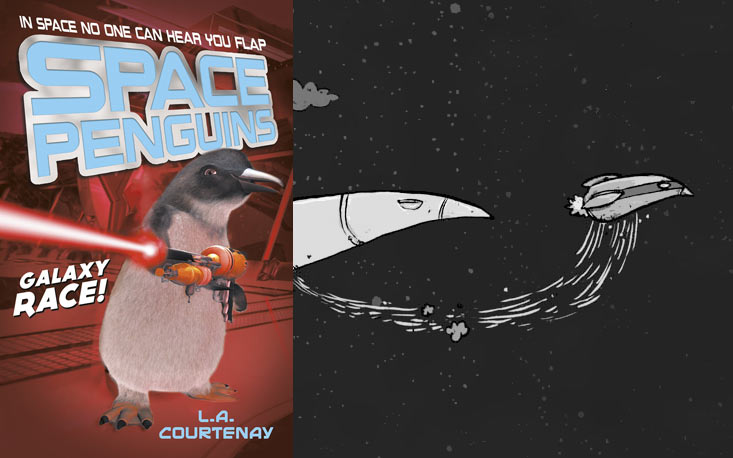 The heatwave having struck these parts of the world, this human penguin has minimal brain function left. With the two still active brain cells focusing on TAGAP 4, I'll re-shuffle the Weekly Penguin schedule a bit. This means another trip with James T. Krill and his waddling crew of Space Penguins!

The third book in the series is called Galaxy Race! and is naturally again written by Lucy Courtenay and illustrated by James Davies. In this one, the rockhopper pilot Rocky Waddle is invited to participate in Superchase Space Race. But this wouldn't be a tale of the Starship Tunafish crew if there wasn't more to it than meets the eye.